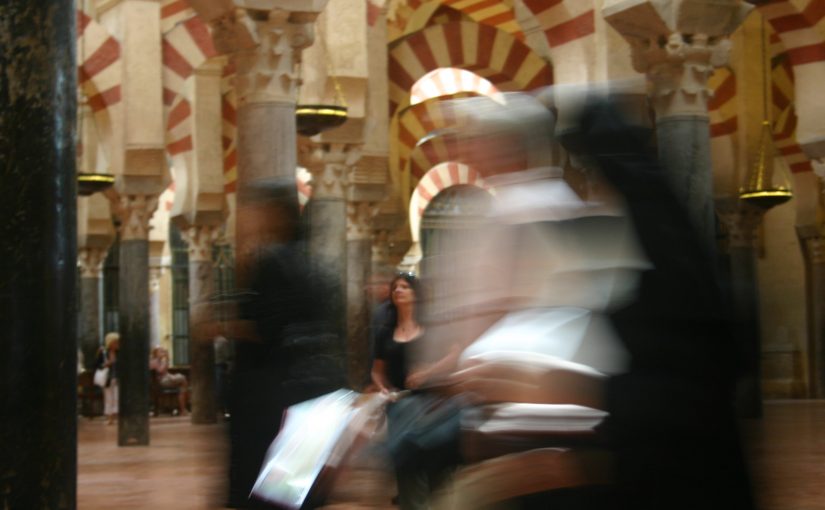 CHOOSING THE TRAVEL BOOK OF THE YEAR
Like Mark Twain, reports of the death of travel writing have been greatly exaggerated…
Read

SAILING THE SWEDISH ISLANDS
“You eat it with a knife and fork,” smiles Jane, my Swedish cousin, as I peer into a bowl of Summer Meadow Soup…
Read

WE’LL ALWAYS HAVE PARIS
Gliding between the fashion models and millionaires, kissing hands and patting shoulders, the barman pauses at a photo above my chair… Read

WINDMILLS IN SPAIN
From up here you can see all the windmills in La Mancha,” says Jose, peering to the rust-red plain below. “This is the crossroads of Spain…” Read

FOLLOWING NEW ZEALAND’S RAINBOW GOD
As darkness fell on the olive trees and the grazing deer, I slipped into the jacuzzi in my treehouse and listened to the Pacific breakers rolling in… Read

INTO JORDAN’S HIDDEN CITY
“Cousin, do you remember me from two thousand years ago, when I sold you a shipload of ivory from Africa?”… Read

CHASING GHOSTS IN CRETE
Disguised as dockers, two men darted across the harbour and cut their way through the wire… Read

PINTXOS ON PICASSO STREET
Chef Alija leans across the counter. “This food is our culture,” he growls, “our identity, our place…” Read

RENDEZ-VOUS IN PARIS
The first place I ever tasted freedom was Paris. I remember the day it happened… Read

“I have seldom heard a train go by and not wished I was on it.” – Paul Theroux