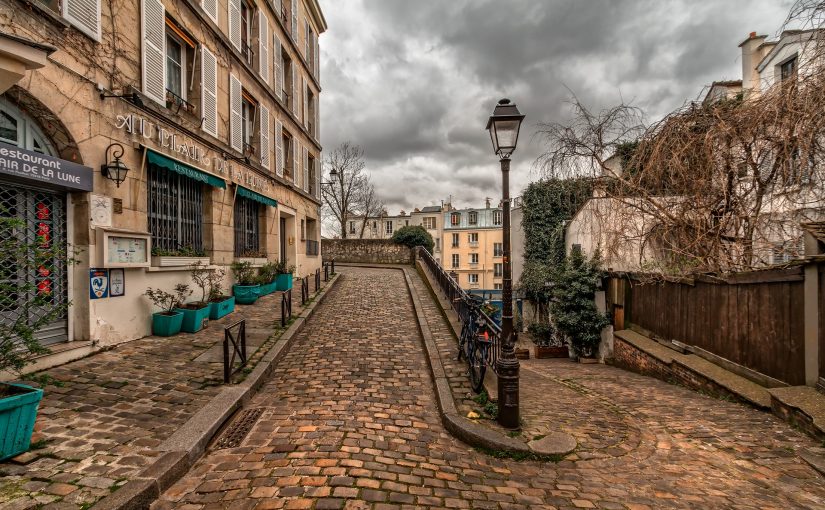 The first place I ever tasted freedom was Paris. I remember the day it happened.

Nothing dramatic, exactly. But one spring morning four decades ago I stepped out of the Gare du Nord, an 18-year-old school-leaver from London, and by midnight I was an adult.

Like all the special days when you’re young, the sun shone. It sparkled on the cream stone of classical mansions and the green shutters of peeling tenements. It slid down the bronze arches of Metro stations and bounced off the chrome tables of pavement cafes. It gilded the trees along the riverside quais and lit the faces of fur-clad women in the boulevards. It fired my pulse and told me that this city – and this life – were mine for the taking.

There should have been a girl, of course. In the French art movies that I worshipped back then, there was always a girl: something wayward in black, with a fearful temper and deep green eyes. We would have met in a cafe and kissed by the Seine. But I had a schoolgirl sweetheart back home, and she’d hidden pear-drops in my rucksack, and that was romance enough for me.

Instead of a girl there was my schoolfriend John, an earnest Catholic who’d somehow persuaded me to cross the Pyrenees on foot. I’d never walked further than a London bus stop before, but his plans seemed deliciously far away from life at home or school.

Now, like convicts on the run, we tore down the wide pavements of the Rue de Rivoli, dodged among the tree-lines of the Tuileries, skipped across the twirling traffic of the grand squares at Bastille and Concorde and Vendôme. The wrought-iron Marché Aux Fleurs was a blur of flowers – blood-red, sky-blue, sun-yellow. The Île Saint Louis was a circus where we tested our French on patient waitresses. Montmartre was a granite stairway to heaven. Up there, perched on the white cloudbase of Sacré Coeur, we saw the whole metropolis like a single heart, pulsing with traffic, beating like our own.

At dusk we blundered into Pigalle, a red-light district where dim-lit street girls stood like statues in every dark doorway of the Boulevard de Sebastopol. We staggered past the temptations of the devil and reached our lodgings in Menilmontant. There, in a quartier still crowded with nineteenth-century tenements and steep steps, lived an old painter friend of my parents.

Alfred Green was a throwback to the Fifties, and maybe beyond that. He lived in a cluttered, unwashed apartment brimming with broken antiques and unsold canvases. He grumbled when we arrived but his smiling wife Betty whisked up some eggs for our supper.

I remember it so well. Omelette, baguette, raw red wine from a bottle with a plastic cap: the smell of paint and turpentine, of olive oil in the frying pan and coffee beans in the crank-handled grinder. And Alf and Betty, talking to us as French parents do – as grown-ups – about art and politics and the world.

When we finally tottered to bed in their attic, where the rain hit the roof six inches from our noses, I thought – this is what it’s like to be alive.

That was the day a new President came to power. Francois Mitterand had trounced Giscard d’Estaing, a right-winger drenched in scandal. His left-wing victory had panicked the Bourse. There was a run on the banks. Betty had found huge queues at her bank that morning, as conservatives hurried to withdraw their savings. “You see,” she said, echoing the spirit of ’68, “the middle-classes have no faith in democracy after all.”

So the Paris of the Revolution lived on. As did the Paris of the artists. And this was what had once attracted my parents here. For Paris was where they eloped to in 1955, and where I was born.

They’d run away to Paris – disappeared on the boat train from Charing Cross without a word – because both their parents disapproved. Paris gave them freedom.

Years later they told wonderful tales of the decade they spent here as artists. Of meeting Salvador Dali at the Opéra (“He wore evening tails in bright purple,” said my father) and Picasso at his first post-war exhibition. Of Juliette Gréco singing her heart out in basement nightclubs, and police raids on the Crazy Horse Saloon, and Jean-Paul Sartre chatting up beatnik girls in black rollnecks in the Latin Quarter (“Such a bore he was,” my mother said. “Never left you alone.”). It was still the world of Jean Gabin smoking gitanes on the Quai des Brumes, of Robert Doisneau snapping carefree lovers on the Boul’Mich. It was, my parents shrugged, a time and a place.

Somewhere I still have an exhibition catalogue for the Salon des Indépendants of 1956, which lists my mother as an up-and-coming painter from Sweden. My parents were so up-and-coming that they could hardly afford to eat, and would frequent a cafe for hungry artists where the patronne let you sit at a warm table for the price of a loaf of bread and gave you pots of mustard to cheer up the dough.

That annual Salon had been created for unknown artists by Cezanne and Gauguin in the 1880s. And that cafe was an echo of an even earlier Paris, the 1860s capital of the vie de Bohème, when painters really starved in slum garrets and really changed the way we see. In time this city seeded Impressionism, Fauvism, Cubism, Surrealism – no single place has matched its cultural impact since. And its echoes lingered in the Paris that my parents knew: in people like their ageing concierge, who sat beneath the stairs chopping newspapers for toilet paper but had once been Rodin’s model and mistress.

I was born there in the hard winter of 1963. In an era of coal fires and rattling french windows, Paris had run out of heat. When my father visited the maternity ward each morning, he brought his shaving kit because the hospital had hot water.

My first years were spent in a world you just can glimpse in a children’s film made then. The Red Balloon follows a little boy with blond hair and a shy smile as he chases a stray balloon across the cobbled city, wandering wherever it leads and meeting whoever he finds. I always thought he was me.

Ernest Hemingway, who lived here in the jazzy 1920s, wrote in his memoirs: ‘If you are lucky enough to have lived in Paris as a young man, then wherever you go for the rest of your life, it stays with you…. There is never any ending to Paris and the memory of each person who has lived in it differs from that of any other.’

And now I find myself, on the threshold of another era of my own, turning to this city again. I am sitting in a window of the Cafe de la Paix, remembering my personal Paris – and wondering whether it has ever left me.

The Cafe de la Paix is the grandest of the grand old rendez-vous, a nineteenth-century salon of a different kind, glittering with chandeliers and mirrors. My cafe au lait arrives in a gold-lipped porcelain cup.

It was my father who first brought me here, an old man on a return journey, sometime in the 1990s.

We’d spent a winter weekend wandering through the city, through old memories and new realities. It had changed so much for him. The rickety sloping roofs were dwarfed by gleaming skyscrapers, the open-sided trams had long since gone, and no one lived in the Latin Quarter any more. But one morning among the piled stalls of the Flea Market, where he used to buy antiques a lifetime before, a white-haired man had hailed him: “Stafford!” he cried, “Haven’t seen you in 30 years! Where the devil have you been?”

Then the years slipped away, and in the bistrots he showed me how to drink vin chaud against the cold, and in the Tuileries we threw snowballs from the snow that lay on the black curls of the ironwork and beneath the slender trees.

On our last evening he brought me to the Café de la Paix. He said: “In my day, this was the place to go, if you could afford it. We used to say – if you sit in the Café de la Paix for long enough, you’ll always meet someone you know.”

So here I sit, in a Paris that’s newer than all these memories, watching Prada-clad women on mobile phones, and four-wheel-drives where there used to be cobbles, and I’m wondering who I shall meet.

Will it be someone I know? Or maybe just these ghosts.